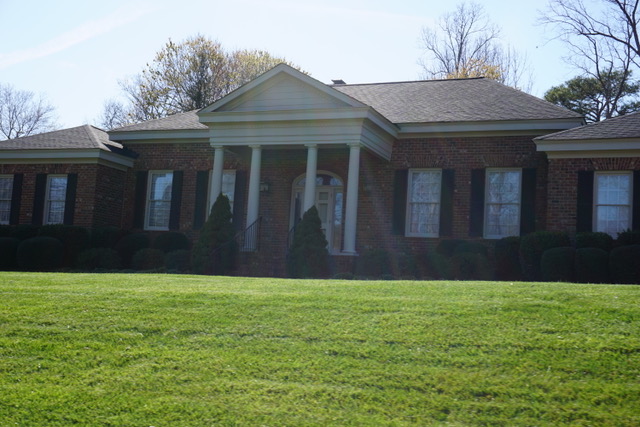 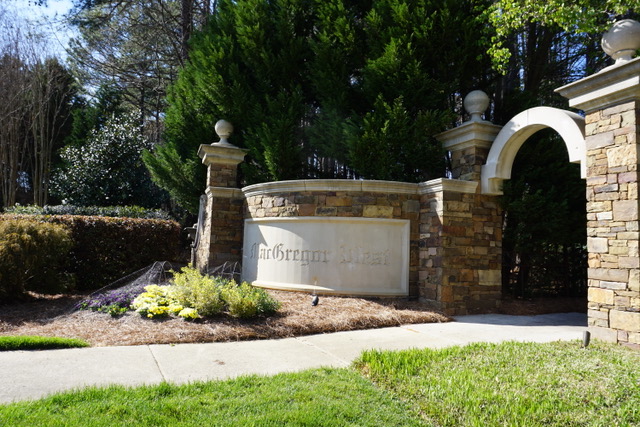 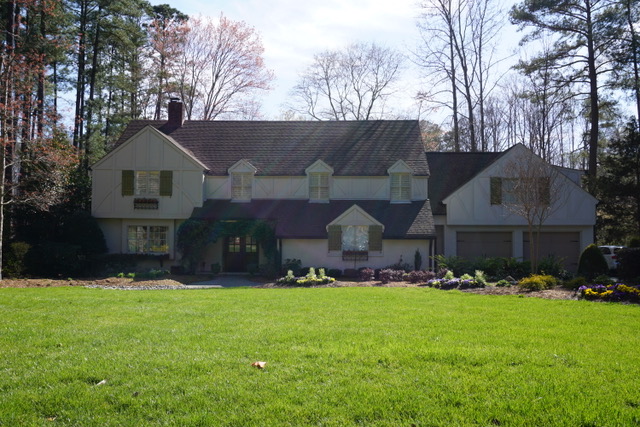 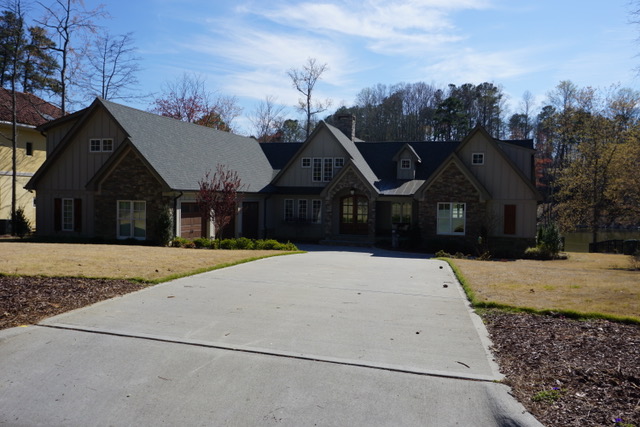 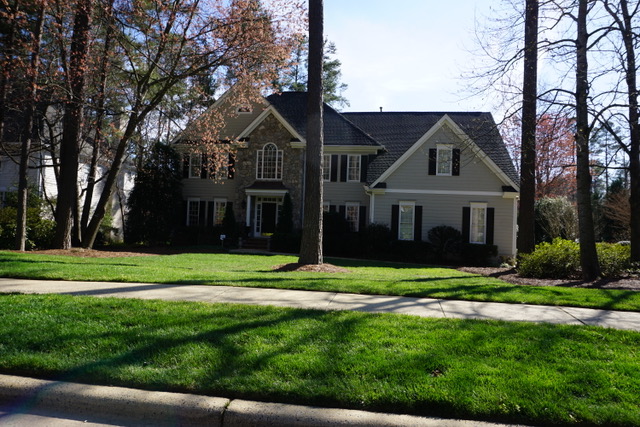 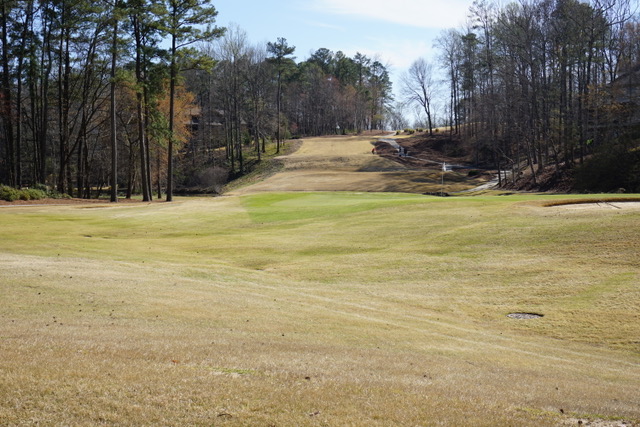 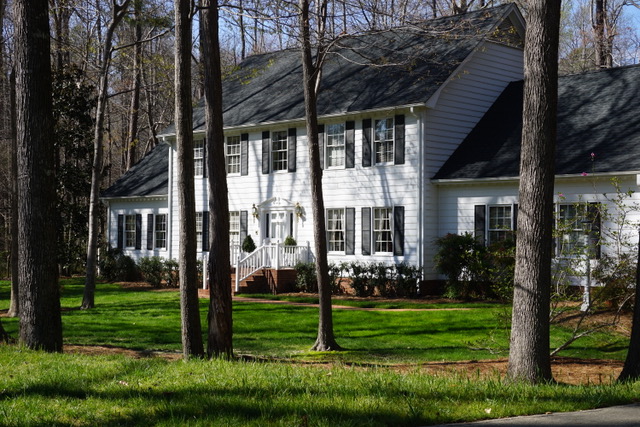 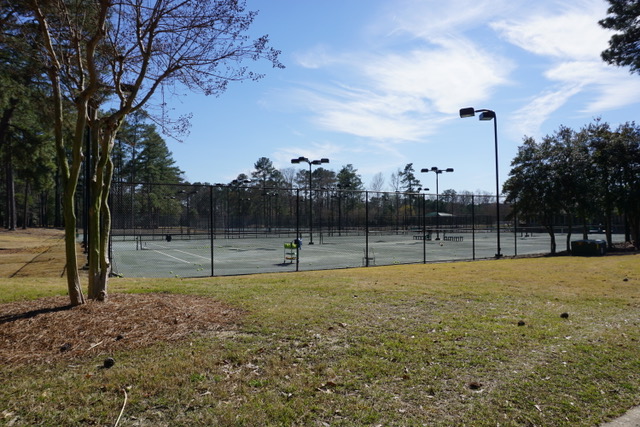 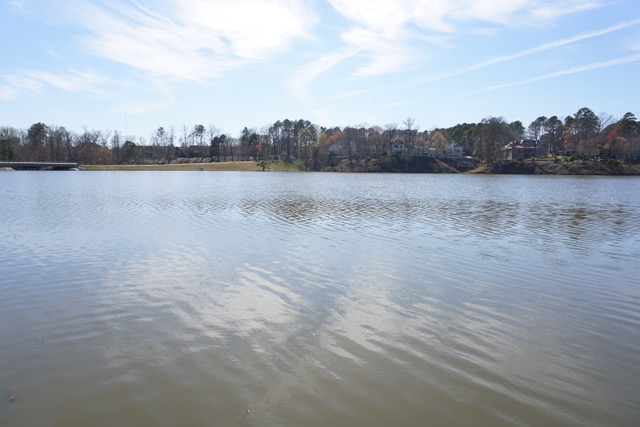 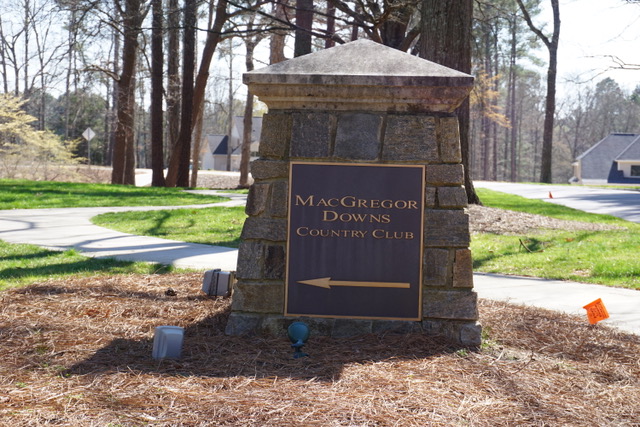 Homes for Sale in MacGregor, NC by Price

Just four miles south of downtown Cary is MacGregor Downs and MacGergor West. Two of the areas premier executive communities. It’s close proximity to US1, US64, I40 and I540 allows residents to drive to Raleigh Durham International Airport (RDU) and Research Triangle Park (RTP) in 15 minutes. Cary is a short drive to nearby Jordan Lake and only 2.5 hrs to North Carolinas’ pristine beaches or you can be in the Blue Ridge Mountains in about 3 hrs. MacGregor Downs offer single family homes ranging from 2500 to over 5000 Sq. Ft. on lots between .5 to 1 acre. Prices range from $430-1.2M.

MacGregor Downs single family homes were primarily built in the 1970’s but there are homes still being built to replace older homes. There is a diverse architectural style to the custom homes which range from traditional, ranch style, two story colonial, contemporary and executive style brick homes. The average selling price from April 2016 to April 2017 was $607K with an average of 48 days on market.

MacGregor West offers singe family homes built in the 1990’s. These custom homes have a European influence, many homes are all brick and have a stately appearance. The average selling price from April 2016 to April 2017 was $673K with an average of 36 days on market.

MacGregor Downs is centered around it’s picturesque 40 acre lake and prestigious MacGregor Downs County Club. The 18-hole private golf course was designed by Willard Byrd and is frequently rated as one of the best courses in the Southeast. It’s tree-lined fairways, renovated cart paths and bunkers, multiple water hazards, Bermuda greens, and the signature 18th hole only add to the perfect round of golf. There is also full service pro shop as well as adult and Jr. leagues and lessons.

The competition-size pool is also home to the MacDolphins Swim Team, teams are available for ages 3-18. There is a beautiful view of the lake from the pool where you will find certified lifeguards, a reserved lap lane, a separated zero entry kiddie pool with water feature and full service cabana grill and snack bar.

If you like tennis, you will love the 8 state of the art lighted clay courts. The Club also has 3 hard courts, an enlarged tennis building which includes the tennis Pro Shop, locker rooms, and a covered viewing area overlooking the courts and Lake MacGregor. Jr and adult tennis leagues are available as well.

Developed in the late 1960’s, MacGregor Downs appealed to professionals with it’s convenient locations to RTP. Offering custom homes and the countless amenities of the MacGregor Downs County Club which include it’s world renowned gold club. Developers Arthur Steckler and Gregory Poole took great care to preserve and protect the abundant hardwood trees and rolling topography which are still a highlight of this community.

MacGrergor West sits adjacent to MacGregor downs and was developed in the mid 1990’s. It’s residents have access to all of MacGregor Downs Country Club and amenities. The over 200 custom built homes in MacGregor West have a European flair with french inspired street names, iron lamp posts, stone walls, winding walking trials and beautiful gardens.

In addition to being about 15 minutes to RDU and the RTP, a five minute drive to I540 offers access to all areas of Wake Co. and beyond. You can walk to get groceries, grab a coffee or lunch and there are endless options a short drive away as well.

MacGregor Downs is convenient to countless options for recreation, shopping, restaurants, medical and business services, schools etc. The following are just some of the options adjacent to MacGregor Downs:

• There are also several banks, fitness centers, Wake Med Cary Hospital, Rex Healthcare of Cary and Rex Wellness Center all within a a few miles or less.

In under 30 minutes you can spend the day boating on Jordan Lake’s 14K acres, multiple private and public golf courses or shopping at the Streets of Southpoint Mall. Some great day trips include the NC Zoo, any of North Carolinas wonderful beaches or a scenic drive on the Blue Ride Parkway. Here is sampling of things to do right here in Cary: