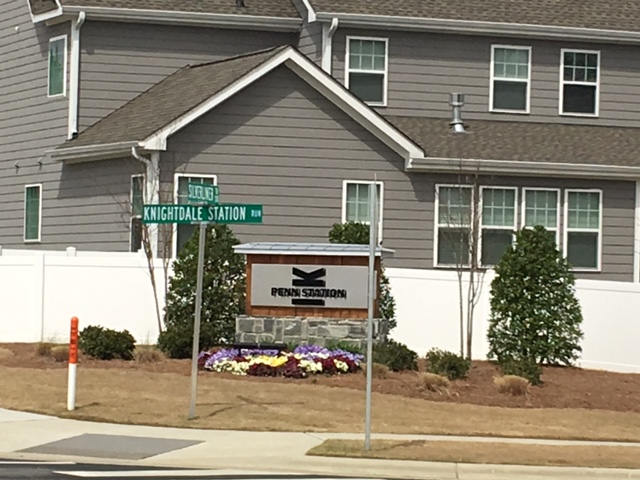 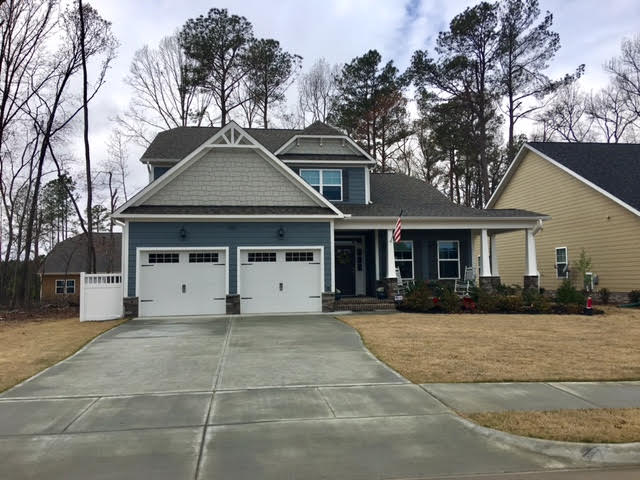 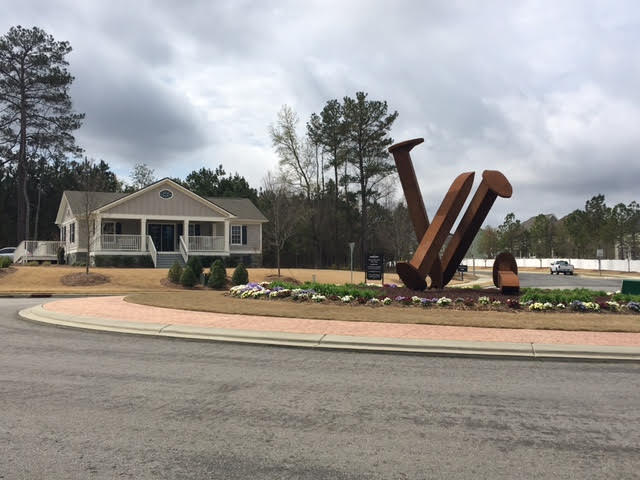 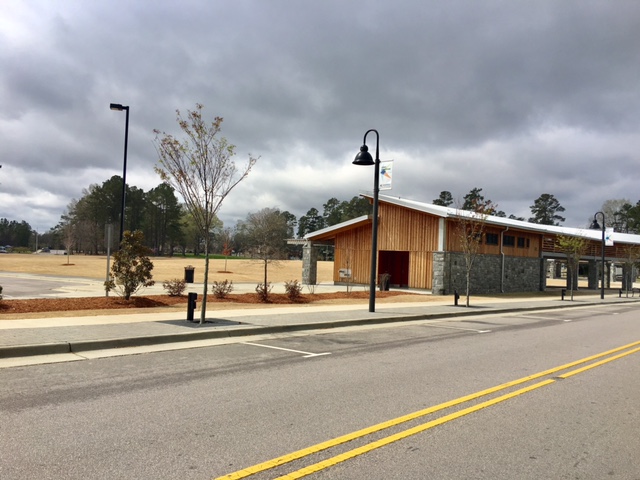 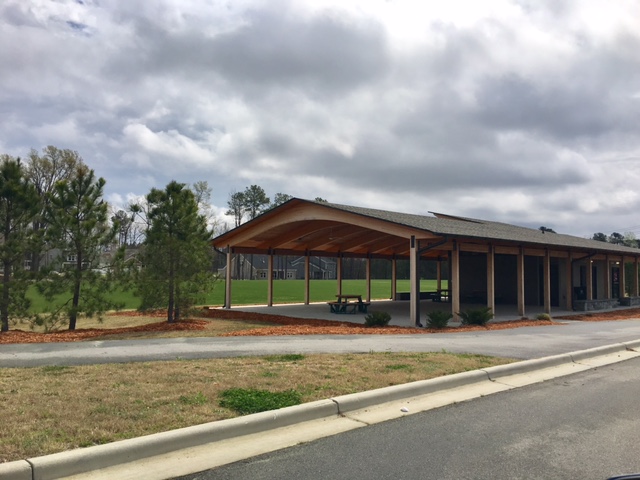 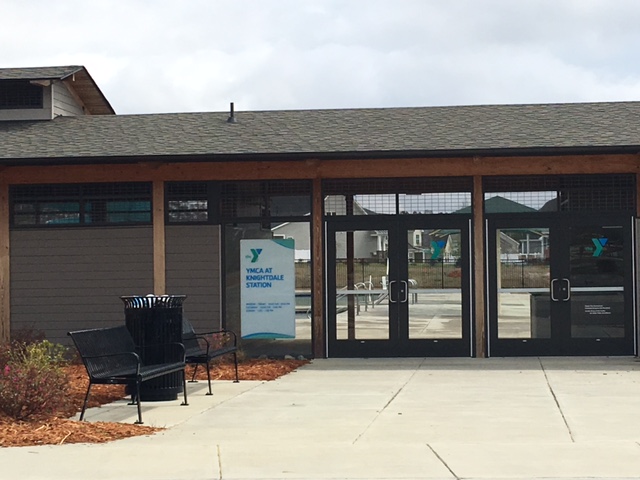 Located in the Historic Town of Knightdale, just 15 minutes Northeast of Raleigh (off I-540 and US 64), US 64), Planters Walk is one of the Triangle’s First Major Planned Communities. This beautiful, heavily wooded community with over 700 homes, offers its residents a variety of community amenities, convenience and affordability with homes priced from the low 100’s to the mid 200’s.

With over 700 homes on 360-acres, the community of Planters Walk has a number of smaller neighborhoods within its borders. Some of the initial neighborhoods included Applegate, The Landings, and The Oaks. The general look of the homes is a Williamsburg style, with classic colors and brick. Over the years, the community has continued to grow and additional sections have been added, each designed to appeal to a specific type of buyer. Throughout the community you will find mature trees and wooded backyards and many homes feature vaulted ceilings and large master suites. Today Planters Walk is surrounded by a multitude of nearby conveniences and some of the best shopping and dining in Knightdale. Home prices in the area range from the mid 100’s to the mid 200’s.

Planter's Walk is best known for its walking trails, sidewalks, and convenience to Raleigh. The homeowners association is very active and neighborhood amenities include a pool, clubhouse and playgrounds. The clubhouse is frequently used for committee and social events as well as being made available to residents for parties and meetings.  The community also proudly hosts its own resident Swim Team “The Piranhas” during the summer months.

Historically plantation land, Planter's Walk was first settled by the Hinton family in the early 1700s. The Hinton's were the first to settle in the area after an official decree by the King of England. Six well known plantations followed in the surrounding area: Clay Hill, Oaks, Silent Retreat, The River, Midway and Beaverdam and now, hundreds of years later, their history is reflected in the various sections of the subdivision of Planter's Walk.

The development of the property is the culmination of a dream of Lester C. O'Neal, founder and chairman of the board of O'Neal Builders and Developers of Raleigh, Inc. A builder and developer in the triangle for a quarter century, Mr. O'Neal had fond memories of growing up in the country, in a setting much like Planter's Walk. So it was love at first sight when he first discovered the 360-acre site that now comprises Planter's Walk.

Planters Walk provides excellent convenience to Raleigh and other nearby attractions. All major highways including I-40 are within a matter of minutes, and the commute to RDU airport or Research Triangle Park (RTP) is relatively painless, with the expansion of I-540 right into Knightdale.

Located just off Business 64 Planter’s Walk is easily accessible to most area businesses, including many shops, services, medical facilities and several newly opened restaurants. A Dental office, Veterinarian and Nursing Home are located at the entrance to the community as well. This rapidly expanding area right outside of Raleigh still maintains a nice small-town feel, but is just minutes from downtown Raleigh.

A sampling of some of the business and services located just outside the community include:

History and Growth of the Town of Knightdale, NC

With a mild climate, and beautiful natural resources, living in Knightdale is a great choice for many reasons! Knightdale has a history that stretches back to pre-colonial days, with the Tuscarora Native American tribe. John Lawson was an explorer who first documented the area and made peace with the tribe. The first person to settle the area was John Hinton, who established several plantations in what would become known as Knightdale and is now the land that Planter’s Walk sits on. Cotton and tobacco farming were an early cornerstone of the community’s industry and growth.

The town gets its name from Mr. Henry Haywood Knight who donated land to a railroad company to begin the development of the town. With the coming of the railroad, huge growth in the town began as needed services came to support the railroad community. In 1927, the town of Knightdale was officially incorporated.

Over time, Knightdale has continued to grow, but saw its largest growth between 1990 and 2000 as developments have connected the town with Raleigh. Drawing upon the strength of the resources in the Triangle and industry in Raleigh and Research Triangle Park, Knightdale is poised to continue growing well into the future!

The new trail meanders along the picturesque Mingo Creek, eventually connecting to Raleigh at the Neuse River pedestrian bridge. From there, visitors can travel north as far as Falls Lake in North Raleigh or south as far as Clayton. Along the Knightdale section, mile markers are posted every quarter mile so athletes can easily keep up with their progress. The trail is 10-feet wide, allowing plenty of room for bicycles and strollers.

The amenities also provide an opportunity for neighbors to meet. The real estate website, Safewise, mentioned the new greenway when it named Knightdale to this year’s list of 50 safest places in North Carolina. “Making families happy is at the top of Knightdale’s to-do list,” the site said. “Packed with parks and greenways, Knightdale is committed to creating outdoor space that brings families out of their homes and helps them get to know their neighbors.”