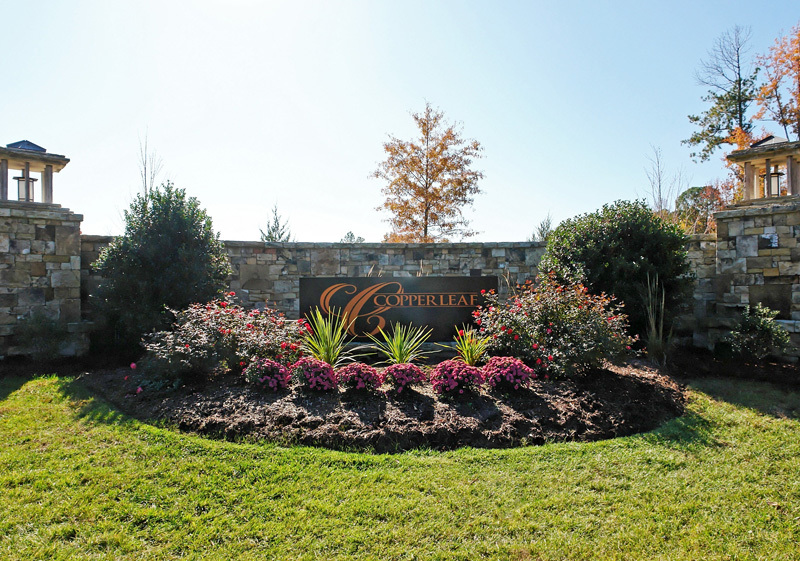 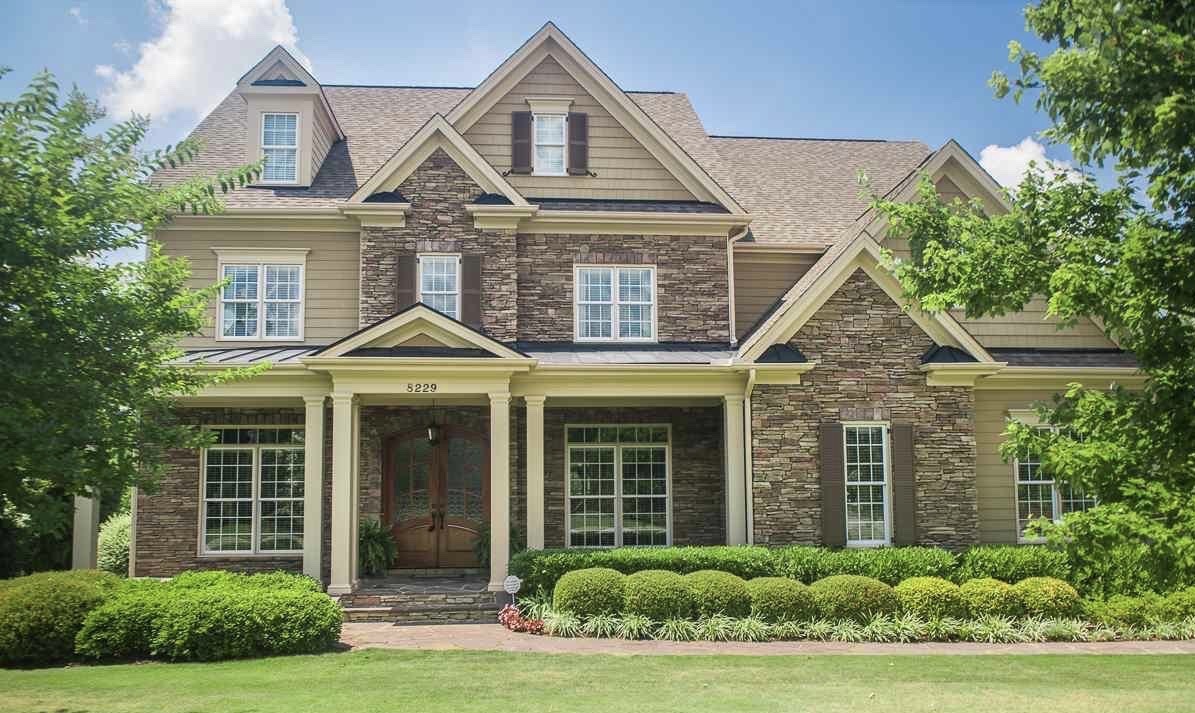 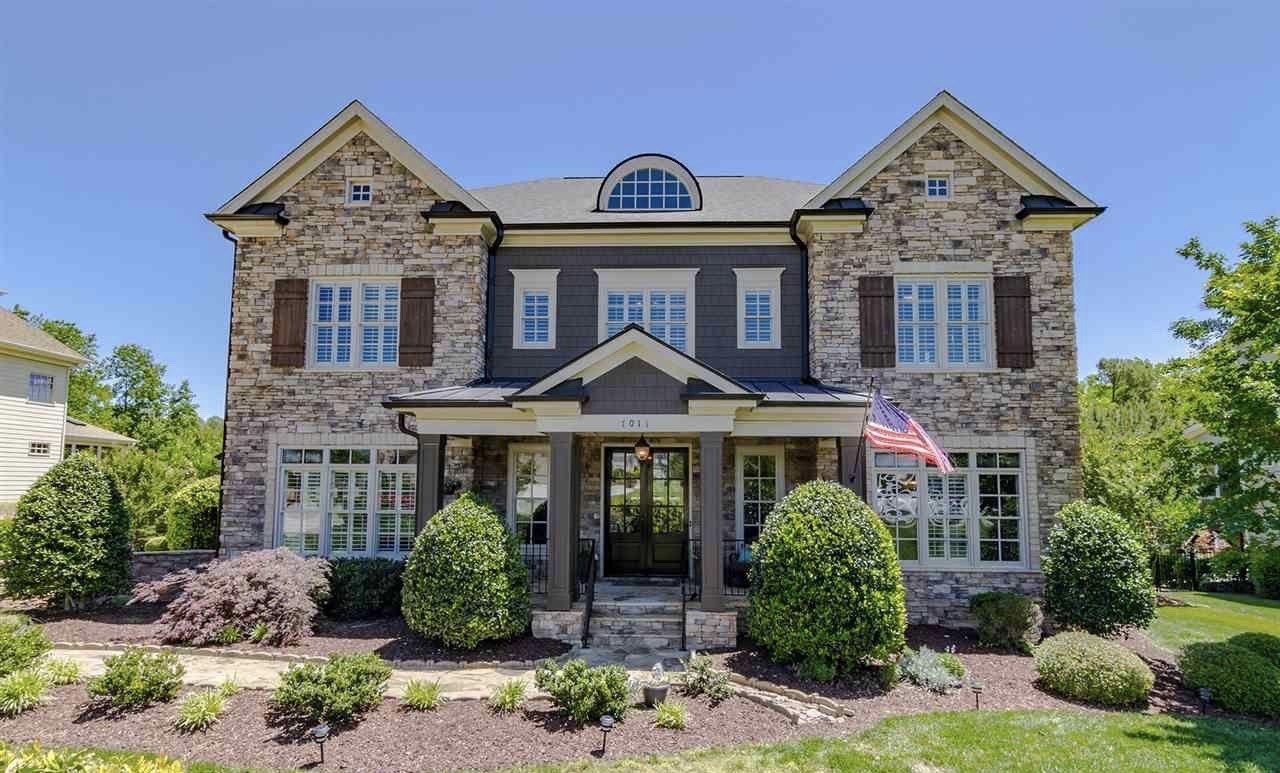 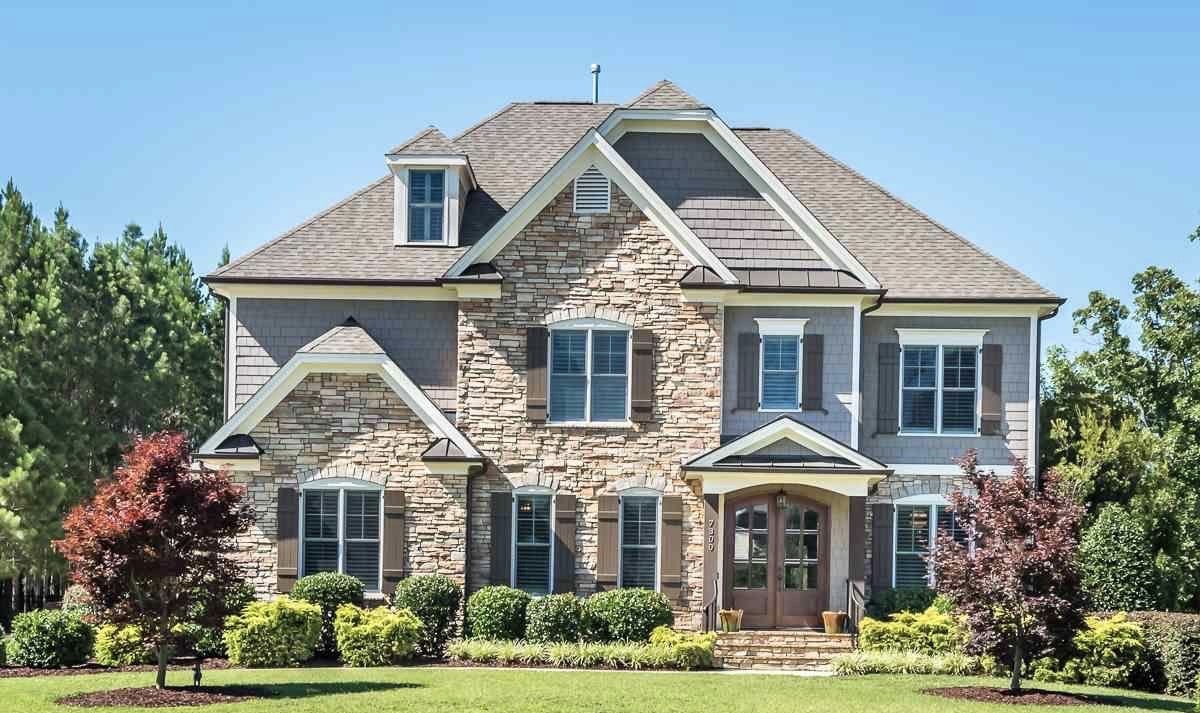 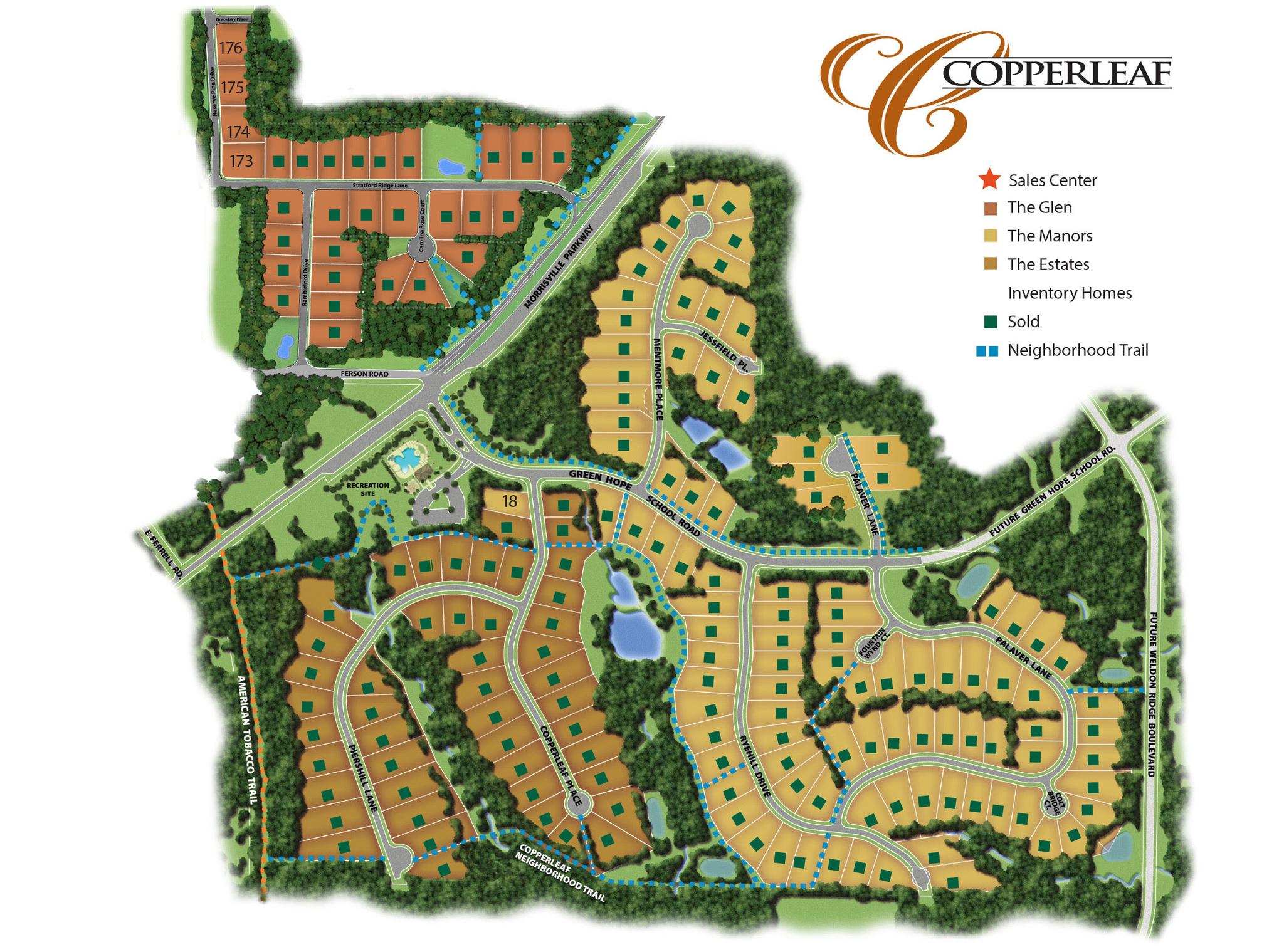 Homes for Sale in CopperLeaf by Price

CopperLeaf is Gorgeous! This community has plenty of space for you to enjoy life in one of the most sought after neighborhoods in Cary, NC. CopperLeaf homesites average 1/2 to 3/4 acre on some of the best land in Wake County. CopperLeaf also offers a community pool and pavilion, ponds, and trails that connect to the American Tobacco Trail and Cary’s Greenway systems.

Just ten miles west of downtown Cary is CopperLeaf. This is one of Cary’s premier executive communities. It’s close proximity to US1, US64, I40 and I540 allows residents to drive to Raleigh Durham International Airport (RDU) and Research Triangle Park (RTP) in 15 minutes. Cary is a short drive to nearby Jordan Lake and only 2.5 hrs to North Carolinas’ pristine beaches or you can be in the Blue Ridge Mountains in about 3 hrs.

The CopperLeaf Builder Team is comprised of a select group of local, custom builders. CityScape Builders, Future Homes by Jim Thompson , Gray Line Builders, Reward Builders, Robuck Design Build and Woodard Builders. These builders are some of the finest in Wake County and they bring the best designs and workmanship to the neighborhood. All of them can build you a home that fits your lifestyle.

CopperLeaf was started in 2008 and is nearly complete. CopperLeaf has 176 executive style homes in this neighborhood typically sell anywhere from $675,000 to over $1.5 million. This neighborhood has been one of the most desirable luxury sites in Cary, NC. CopperLeaf Homes were built beginning in 2008. There are three sections of CopperLeaf: The Manors, The Estates and the Glen. The Manor homes range in price from the high $600,000s to the $900,000s. An Estate and the Glen homes ranges from $800,000 to over a million. CopperLeaf homes are designed around well developed trees and green space to give a feeling privacy and nature. They all have exquisite yards and stunning curb appeal.

CopperLeaf is surrounded by green space. The trails provide miles of bike riding and trails for your enjoyment. It is a great place for a still with the dog or some strenuous exercise that you can easily access from just walking out of your door.

CopperLeaf’s pool is over 5000 square feet and has slides and splash areas for the kids to enjoy. There are showers in the Pavilion and plenty of room of changing. There is also a nearby playground for the kids. There are also neighborhood ponds for your enjoyment.

In addition to being about 15 minutes to RDU and the RTP, a five minute drive to I540 offers access to all areas of Wake Co. and beyond. The neighborhood is just a short drive to groceries, grab a coffee or lunch and there are endless options a short drive away as well.

CopperLeaf is convenient to countless options for recreation, shopping, restaurants, medical and business services, schools etc. The following are just some of the options adjacent to CopperLeaf:

In under 30 minutes you can spend the day boating on Jordan Lake’s 14K acres, multiple private and public golf courses or shopping at the Streets of Southpoint Mall. Some great day trips include the NC Zoo, any of North Carolinas wonderful beaches or a scenic drive on the Blue Ride Parkway. Here is sampling of things to do right here in Cary: